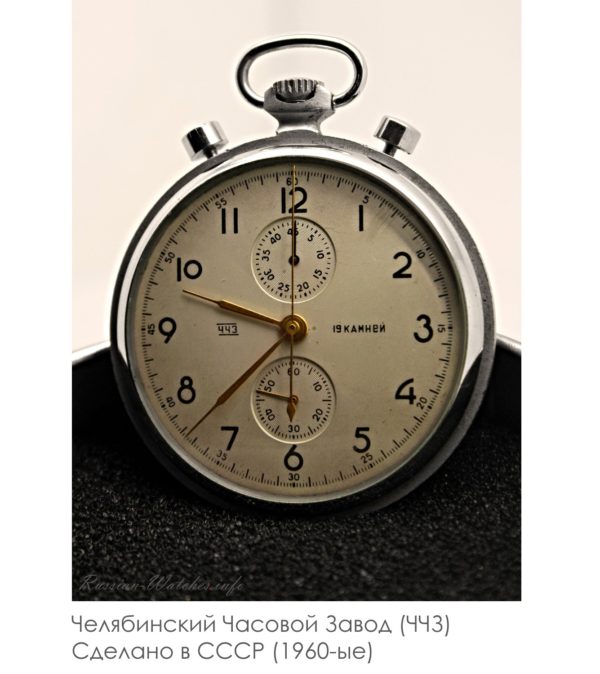 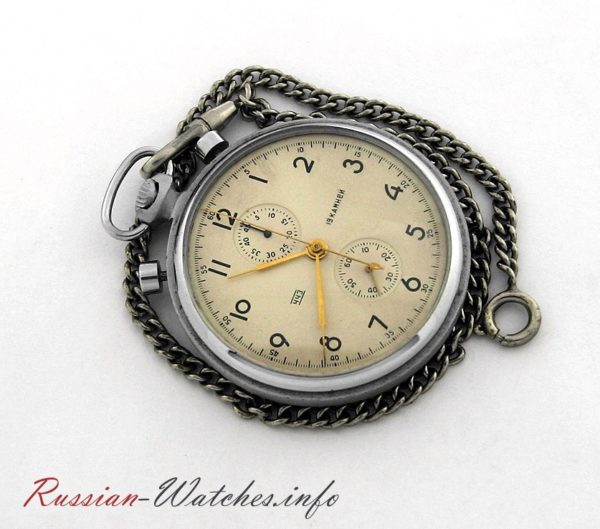 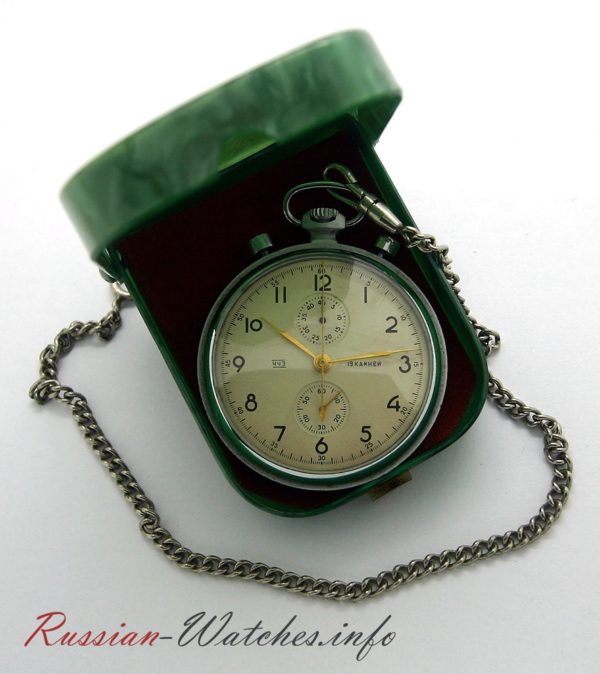 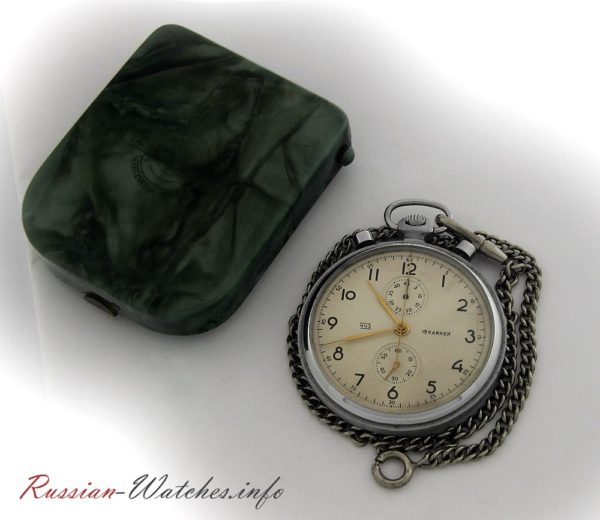 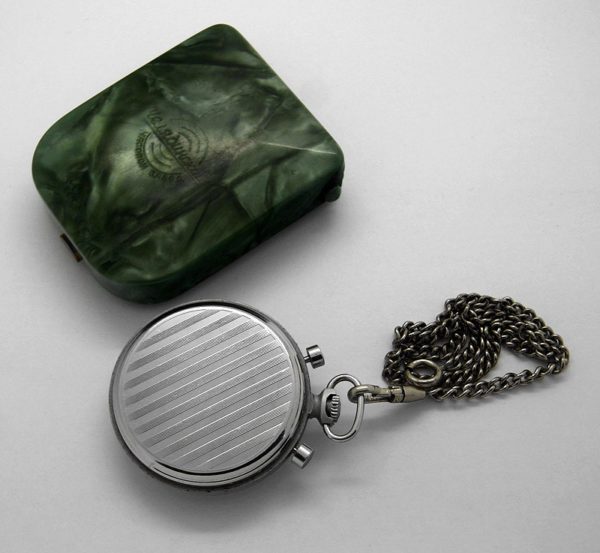 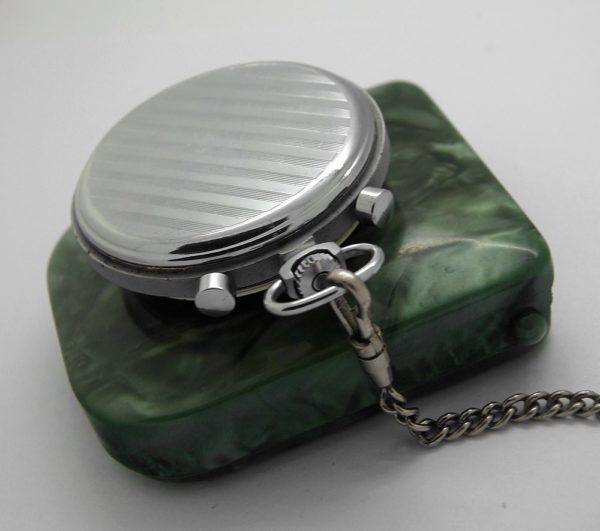 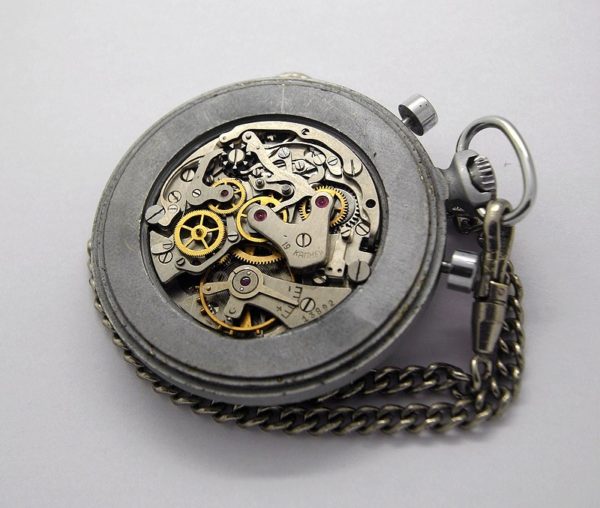 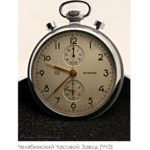 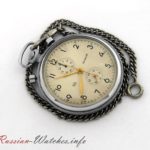 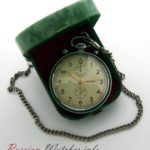 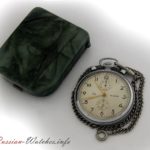 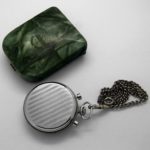 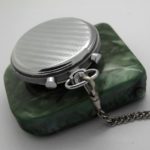 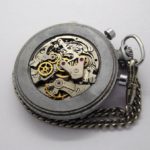 Late in the 1950s, in response to demand from the science, industry & military sectors, the Soviet government purchased the tooling & some initial parts for the Swiss Venus 150 chronograph caliber that were used to create the 3017 movement. Both wristwatch & pocket-watch versions were produced. The wrist version was ‘branded’ Strela & distribution of both versions was restricted to official channels. In 1965 it was decided that the 3017 could be commercialized. At that point, several variants of the 3017 using the same case as the Strela were branded Poljot & Sekonda.