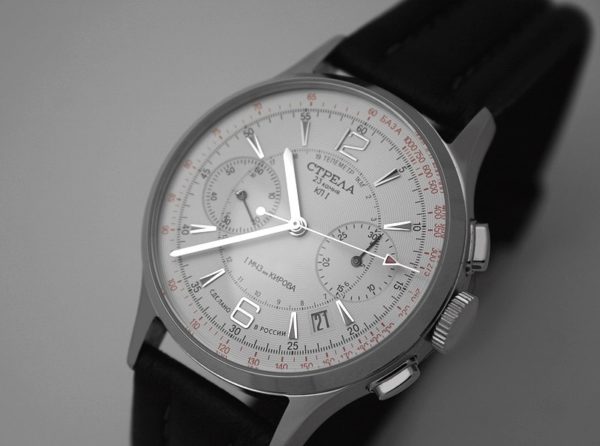 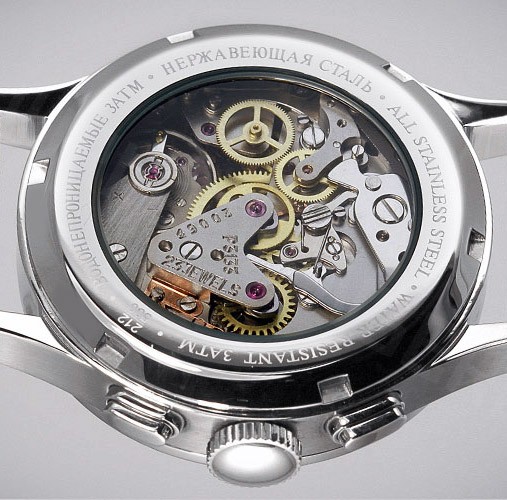 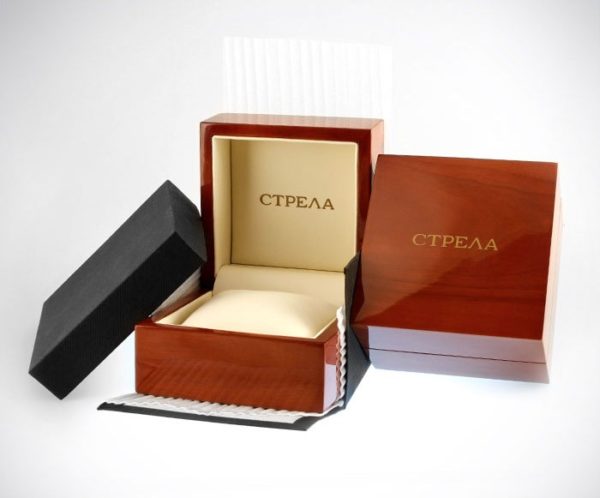 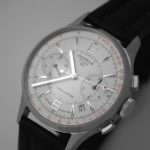 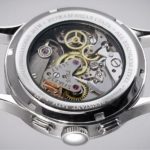 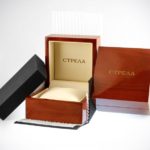 The watch was made in the tradition of the Strela (in Cyrillic meaning Arrow) chrono, which was on the wrist of Alexey Leonov during the first EVA (Extra vehicular activity) in the open cosmos on March 18, 1965.

This fine piece features a 23 jewel mechanism with crystal glass on the front and back, allowing a view of the polished and highly-finished movement. There is a date complication, as well as chronograph (or stopwatch) feature.

The dial also features a tachometer scale and a telemeter scale. It is possible to measure the distance of a phenomenon which is both visible and audible using these scales.

The chronograph hand is released at the instant the phenomenon is seen; it is stopped when the sound is heard, and its position on the scales show at a glance the distance and speed in kilometers or miles separating the phenomenon from the observer. (Calibration for the telemeter scale is based on the speed of which sound travels through the air, viz. approximately 340 meters or 1,115 feet per second).

Indicators: minute counter side hand at 3 o’clock, second counter at 9 o’clock, date window between 4 and 5.